The firm Mosterdmolen De Huisman has been making its Genuine Zaan Mustard for a very long time. The mustard is supplied in different sized buckets – naturally featuring the iconic mills of the Zaanse Schans – to manufacturers, the catering and hospitality industry and wholesalers.

Who hasn’t heard of Zaan mustard from Mosterdmolen De Huisman? It is stocked, among other places, on the shelves of the famous Zaandam grocery chain, Albert Heijn. De Huisman itself is now based on an industrial estate in Wormerveer, where it has been for many years, since moving from the old mustard mill of the same name. ‘The mill needed urgent restoration,’ explains fourth-generation mustard maker Frank Bosman, as we enter the production hall. This houses the large vats where the mustard seeds are blended and ground with ingredients based on old family recipes dating back to the end of the nineteenth century.

The ground mustard is fed automatically through pipes to the room containing the packaging line, where staff operate the machines that fill, seal and code the glass jars and pack them in boxes. Frank Bosman: ‘Most of our mustard goes to the supermarkets, in those glass jars: a maximum of around 10,000 a day.’ The labelling machine dates back to 1973, he tells us. It was overhauled, modernised and adapted by him, just as he designed and made a lot of the equipment himself.

‘Houweling Group supplies buckets from one to twenty-five litres. The one-, two- and five-litre buckets feature a design picturing De Huisman mill and come with two different coloured lids. The fine grain mustard comes in buckets with a red lid, the coarse grain mustard in buckets with a green lid. ‘We don’t fill the twenty-five litre buckets to the top,’ Frank explains. ‘We ensure that they weigh precisely twenty-five kilos including the bucket, so that you can still lift them, according to Health & Safety.’ Frank: ‘If I need buckets, we make a quick phone call and they’re here in no time.’

It turns out that the roots of Mosterdmolen De Huisman are not in the Zaan district at all. Frank: ‘My great-grandfather had a mustard mill in Drenthe. During the Great Depression my grandfather, his successor, went to live in West-Friesland. He was only able to sell the house; the mill, he simply left.’ After the Second World War he had to stop. Frank: ‘It just didn’t work out.’

Frank’s father, therefore, began by working at the Tack vinegar factory on Amsterdam’s Keizersgracht, where he set up a mustard and sauces line. In 1961 De Huisman mustard mill came up for rent. The small stage mill, believed to date back to 1786, had originally stood in Zaandam, but in 1955 it was erected on top of De Haan warehouse on the Zaanse Schans. ‘Isn’t that something you’d be interested in?’ his wife asked him. ‘He didn’t want to know at first,’ says Frank. ‘But some time in ’60 or ’61 he did change his mind.’

That was the beginning of the genuine Zaan mustard, on the Zaanse Schans. ‘The TV news even devoted an item to it, and the following day my father received a phone call from [food manufacturer] Calvé’, Frank recalls. At the time De Huisman was already supplying mustard for the salad dressing made by Duyvis, which had asked for a new sample three times. Frank: ‘They just couldn’t believe that our mustard contained so little bacteria.’

‘Our mustard was already stocked in the supermarkets of Simon de Wit, a rival and good friend of the old man Albert Heijn’, Frank lets on. ‘He felt that he should have Zaan mustard on his shelves too; after all, his was a Zaan firm. ‘Neighbour’, Albert said to my father, ‘we need you to make Zaan mustard for us as well.’ But my father didn’t have the time. Subsequently, Albert suggested that he would sort out all the distribution and everything related to it, if my father would just make the mustard. When that didn’t work out, we did it ourselves. Fortunately, that was a success.’

Frank continues: ‘Albert would regularly drive past in his chauffeur-driven car. ‘How’s it going with the mustard, neighbour?’ he would ask. The story even goes that Albert wouldn’t marry his second wife until she could make Zaan mustard soup from our mustard!’

‘I’m going to be a mustard maker’

Very early on Frank knew that he wanted to follow in the footsteps of his father, grandfather and great-grandfather: ‘It was 1971 – I was thirteen – when I first filled the cauldrons, and I knew then that I, too, would go on to make mustard.’ The mill itself was not actually used to grind the mustard seeds: that was done completely mechanically. With the mill needing restoration, Frank moved production to premises on an industrial estate in Wormerveer.

We also have much more warehouse space here. Houweling Group supplies all buckets on demand, directly to our warehouse. All we need to do is take them off the pallet.

Eventually the mill just served as a sales outlet. Bit by bit Frank Bosman built a unique mustard factory in Wormerveer, with his own hands. And De Huisman? It still proudly adorns the packaging. 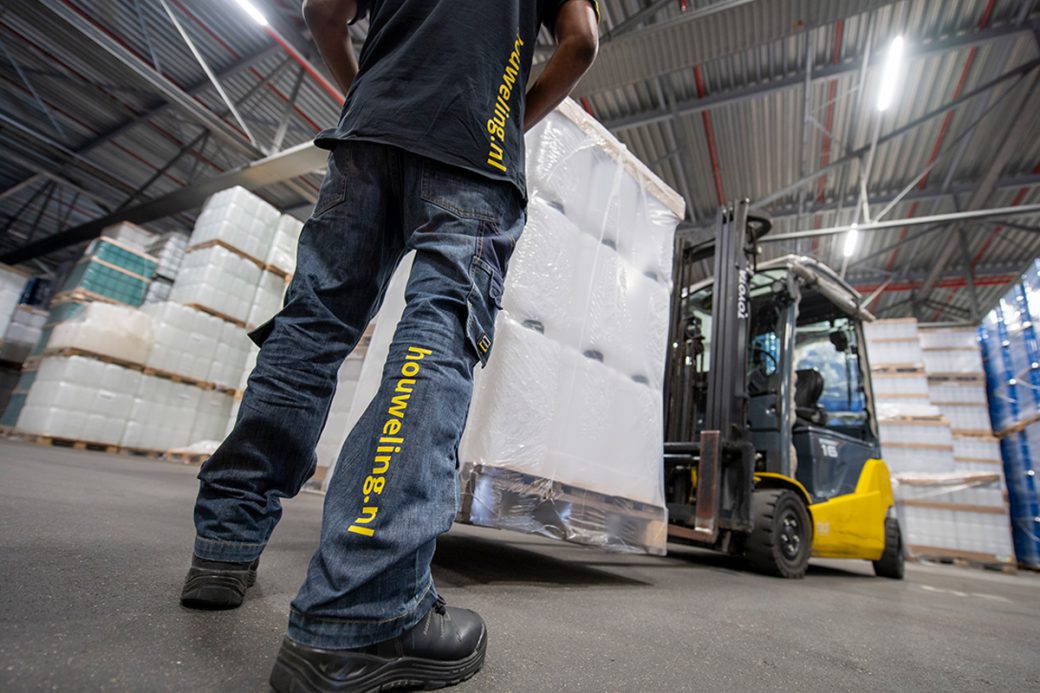 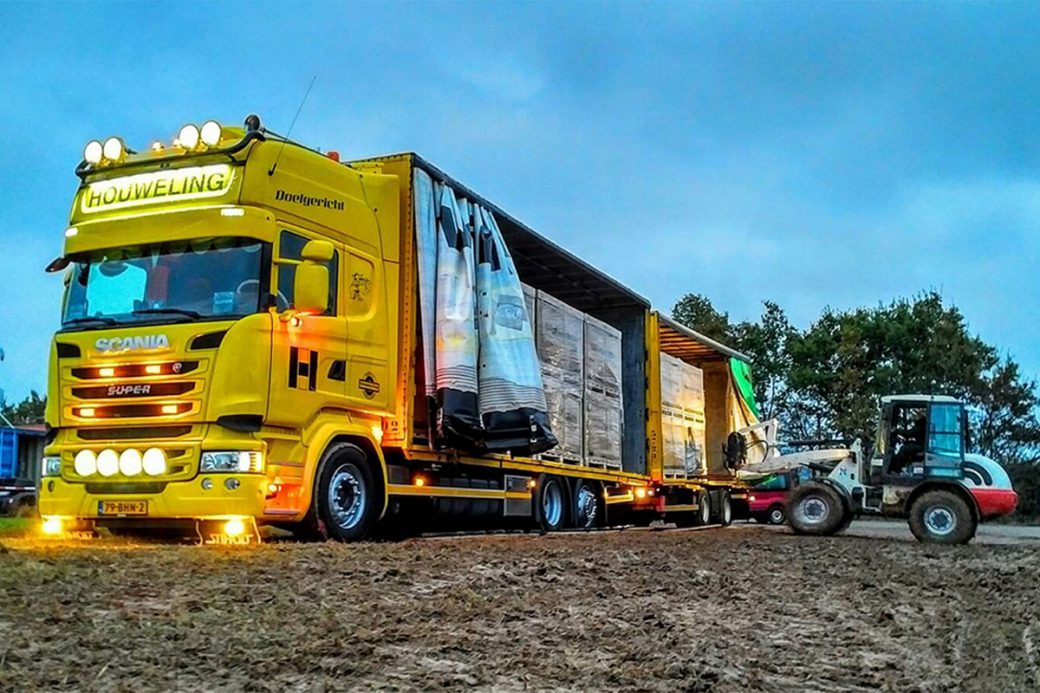 How much fits in a Houweling truck?
View article 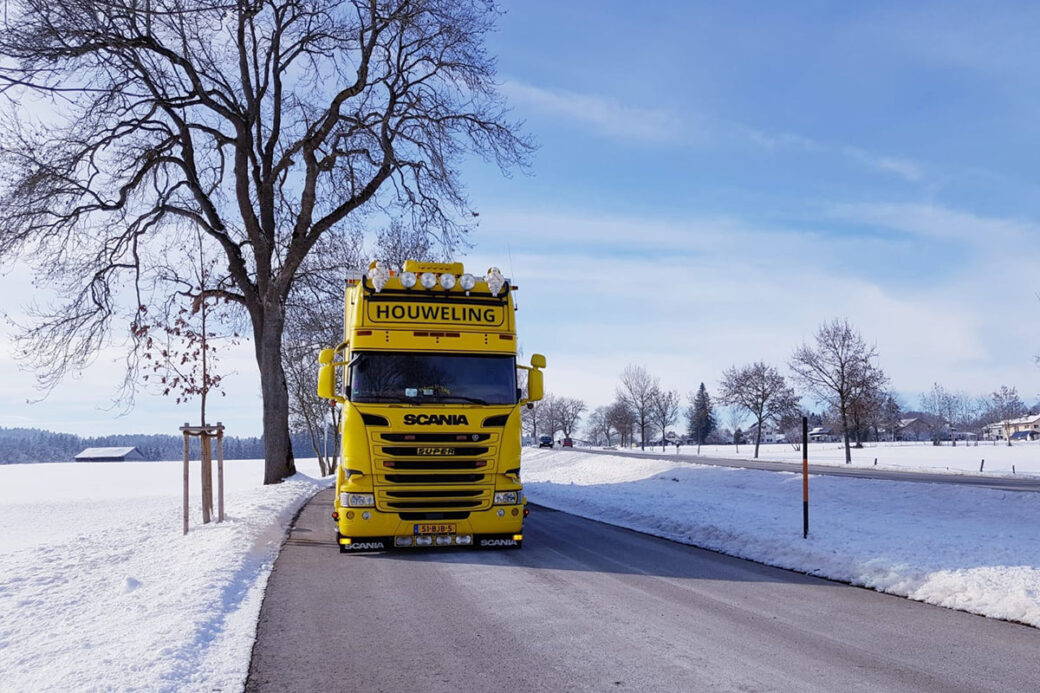 The accessibility of our locations
View article

Help required with safe keeping?
Our specialists are happy to help you. 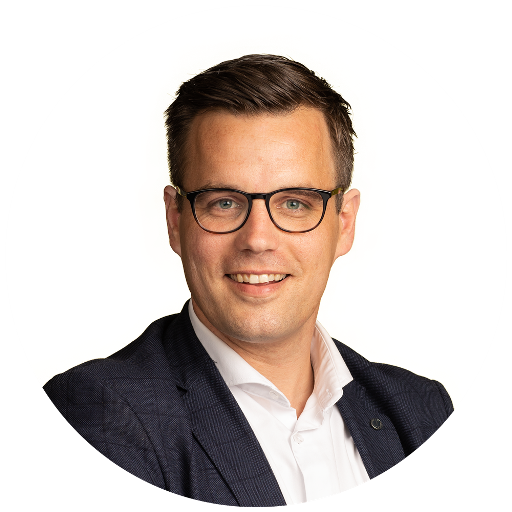